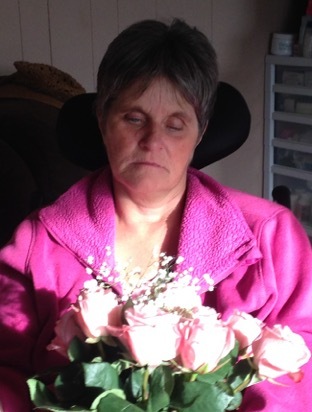 Donna McClarty passed away August 1, 2020 in Dawson Creek BC.  She was born September 4, 1944 in Dawson Creek BC.  She grew up on farm in Coleman Creek, near Rolla, with her three sisters Joan, Maureen, and Sheila.  It was a very quiet upbringing and the winter was spent snowed in which required the girls to be very creative.  They created plays with garden vegetables and kept their parents entertained throughout the cold winters.  One of her positive childhood memories was when all of the sisters got brand new bikes at a time when no one even had a bike let alone a new one.

After graduation Donna went to Vancouver for secretarial training and then she got a job at Farm Credit Corporation.

Donna married Jim McClarty on October 12/1963 in Dawson Creek.  Donna and Jim had three children together.  Jimmy (James Owen) born in 1964 and the twins Tara and Lisa were born in 1969.  They moved to Mackenzie, Boston Bar and then on to Williams Lake.   Williams Lake was where Donna got a chance to expand her life with horses.

Donna eventually found to her way back to Dawson Creek and went to work for Revenue Canada.   This is where she met her lifelong friend Silvia Yackel who also worked at Revenue Canada.  They maintained their friendship well after their work relationship ended.

Through out the next number of years 6 grandchildren were added to Donna’s family. Haley, Gage and Brett and then were followed with Jack, Owen and Willy.

Donna has influenced her family with a few characteristics and skills that are very memorable.  She was strong willed and anyone who knew her knew exactly where she stood on a topic and her opinions were very clear.   This trait has been clearly passed on to her children according to their immediate families, co workers, friends…. This trait is exceptionally pronounced in one particular grandson (we mean you Jack!)  Donna’s love for horses is also a legacy that will carry on for many generations.  Her girls have both made careers with horses and her grand daughter Haley has also chosen a career with horses. Cooking was also one of her passions when she got older and she has shared this with her son Jimmy.

Donna will be deeply missed by her partner Doug, her children Jimmy (Gloria), Tara (Neal) and Lisa as well as her grand children Haley, Gage, Brett, Jack, Owen and Willy.

Anyone wishing to donate in Donna’s memory can donate to the Dawson Creek SPCA.

Share Your Memory of
Donna
Upload Your Memory View All Memories
Be the first to upload a memory!
Share A Memory
Send Flowers