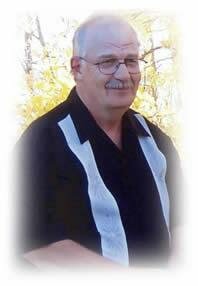 Obituary of Elsie May Fisher

Elsie May Fisher 1922-2009 Elsie May Fisher died April 15, 2009 at the age of 86 in the Beaverlodge Hospital, Beaverlodge, Alberta. She was born October 24, 1922 in Huntsville, Ontario and moved to the Vermilion Area as a small child. She was the second eldest child of 6 children. She attended school at Brockville and later in Vermilion. She then joined the Navy in 1942 and serviced until January 1946. She then returned to Vermilion where she married Gordon Preston. In 1964 she married Norman William Fisher and resided on the family farm at Marwayne, Alberta. After Norman’s death in 1977, she moved to Vegreville. Many years later, she relocated to Hythe, Alberta where she remained until her death. Elsie is survived by her daughter, Kari Colleen Preston (Wilbur Berge) of Dawson Creek, BC. and her son William Calvin Fisher of Fort McMurray, Alberta; 4 grandchildren: Lauri, Les, Robin and Bill’s daughter McKenzie, granddaughter in-law Deanna and great-granddaughter Kailyn; 2 sisters, Sylvia (Gene O’Shea) and Alveso (Bernie Krebs) and one brother Jim. She was predeceased by her sisters, Cora (Fred Wutzke) and Olivia (Chris Boier). Funeral services were held both in Dawson Creek, BC at the Bergeron Funeral Home on April 17, 2009 and at the Park Memorial in Vegreville, Alberta on April 22, 2009 with interment in the Marwayne Cemetery. In lieu of flowers, donations may be made to the Beaverlodge Hospital, Beaverlodge, Alberta. A very special tribute to Dr. Mark Langer, the staff of the Beaverlodge Hospital and to each and everyone of those of you in Hythe who gave Mom a ride or did something to help her in any way. You know who you are and thank you so very much.
Share Your Memory of
Elsie
Upload Your Memory View All Memories
Be the first to upload a memory!