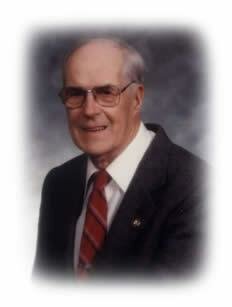 BURTIS EARL NELSON 1933 - 2009 Burtis Earl Nelson passed away Sunday, March 29, 2009 in Dawson Creek at the age of 75 years. Burtis was born, July 19, 1933 to Lavina & Bennie Nelson at his grandparents farm near Kelvington, Saskatchewan. Burtis was oldest of 5 children. While growing up Burtis and his cousin Leonard Sonstelie spent many hours hunting, fishing and exploring the woods. Burtis attended school at Manchester and later Bellshill which according to him, "was four miles, up hill both ways." Here he met the love of his life, Bernice McLean. After leaving school he worked near home at various jobs. In 1952 he took the train to Dawson Creek. He went to work for his Uncle Warren Nelson, hauling fuel up the Alaska Highway. Uncle Warren's family became his home away from home. Trucking Fever had begun! During these early years he met Danny Friesen, Corney Friesen, Mirrel Lutz, Howard Alexander and Clayton Alexander who all became life long friends. On December 24, 1953, Burtis and Bernice were married in the United Church in Dawson Creek. This union lasted for over 55 years, raising 3 children. Burt became an owner/operator in 1956. He hauled lumber for Jack Alexander's sawmill, then spent a couple of winters up north hauling fuel. For the next 25 years he hauled gravel for Reg Norman Trucking Burt was a handyman, building several homes, over the years. In 1954, he built his first home on 93rd avenue in Dawson Creek. For 8 years, they were neighbours to good friends Danny and Carol Friesen. Burt and his family resided in Hudsons Hope and Fort St. John returning to Dawson Creek in 1967. They lived in the Bessborough area for 25 years and then later moving to an acreage on the Reasbeck Road for 10 years. In 2005 they moved into Dawson Creek. Burt loved to read and watch TV, especially the Discovery and History channels. Burt enjoyed playing cards. He also liked fabricating, fixing and building things He enjoyed old time and country music, coffee stops at 3-way Texaco and in later years the Co-op. Burt enjoyed visits with family and friends but if they stayed too long, he wouldn't hesitate to turn out the lights or occasionally douse a campfire and head off to bed! Burt always had time for his grandkids giving driving lessons, teaching carpentry and many other practical skills. He also shared advice on everyday life. An endless dish of jelly beans and jube jubes was always on hand. He enjoyed our many family gatherings and often commented on how lucky he was to have his family all living near. Burt made the Peace River area his home for the past 57 years. Many good friends and acquaintances were made and he valued the time he spent with them. Burtis is pre-deceased by his father Bennie in 1975 and his mother Lavina in 2003. He will be fondly remembered by his loving wife Bernice, children Cheryl (Jack) McDonald, Faye (Paul) Geist and Ross (Joanne) Nelson, grandchildren Jeremy and Nikki McDonald, Erin and Stacey Geist, Karli and Shane Nelson. Brother Wayne (Katie) Nelson, sisters Doreen (Bill) Huddlestun, Ann (Bud) Armstrong, Donna (Dale) Hall. Sister-In-Laws Mae Markling, Joyce (Wallace) McPhee, Shirley (Dale) Ostlund. and Brother-In-Law Don (Irene) McLean, and numerous nieces, nephews and cousins. A memorial service was held on April 3, 2009 at Bergeron Funeral Chapel, officiated by Peggy Bergeron. Eulogy was read by Dale Ostlund. Burtis was cremated and his ashes will be interred at the Brookside Cemetery at a later date.
Share Your Memory of
BURTIS
Upload Your Memory View All Memories
Be the first to upload a memory!