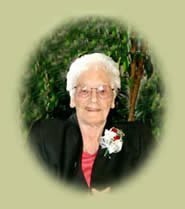 Sarah Faith Bourdeaux 1975-2009 Sarah Faith Bourdeaux passed away Friday, April 17, 2009 in Grande Prairie, Alberta at the age of 33 years. Sarah was born on October 4, 1975 in Hay River, NWT to Tony Bourdeaux and Jocelyn Gregorowich (Bourdeaux). Sister Stacey followed and then brother Curtis. In 1984 she moved with her father and sister eventually settling in Tumbler Ridge, British Columbia. Sarah’s mother Jocelyn remarried to Len Gregorowich which added to Sarah’s family to include her sister Kristina Bryant and Amber Gregorowich. Her dad remarried to Crosbie Hartford her family grew once again to include her brother John (Bourdeaux). Sarah made friends everywhere she went, her captivating blue eyes and bright smile made it hard for people not to be drawn to her. Sarah had 3 children the GREATEST PASSION of her life, daughter, Kori Bourdeaux (15 years), Zachary Stenhouse (10 years) and Anthony Freeman (6 years), she referred to them as "my Kori”, "my Zachary” and "my Anthony”. Sarah had several jobs the Pizza Factory in Houston, British Columbia and then the Hospital in Dawson Creek but her passion was to DRIVE TRUCK!! with determination and hard work she got her class 1. She was so proud of herself, as was her family. Sarah was petite and this had some wondering how she would manage in the field of truck driving where it is dominated by men! she had the men blushing! She started her driving career with Pocock Trucking and did a lot of highway driving, she then went to drive with Borek for a season and most recently April 2008 she joined Waste Management. She excelled in her career and learned quickly and was able to drive and operate Waste Management’s entire fleet of trucks in her short time working there. Sarah had many struggles in her life but had great supports to get her through. Sarah was predeceased by her grandparents John and Eleanor Bourdeaux, and Frank and Ruth Marsh, uncle Sean Bourdeaux and nephew Sean Fewer. Sarah will be fondly remembered and greatly missed by: her daughter Kori Bourdeaux, sons: Zachary Stenhouse and Anthony Freeman; father Anthony (Crosbie) Bourdeaux; mother Jocelyn (Len) Gregorowich; sisters: Stacey Bourdeaux, Kristina Bryant and Amber Gregorowich; brothers: Curtis Gregorowich and John Bourdeaux; niece: Courtney Fewer; nephews: Cody, Caleb and Johnathon Cupples and Curtis Fewer; grandparents: Joyce and Austin Woodcock, George and Janet Hartford and Sadie Underwood; and numerous aunt, uncles, cousins and friends A memorial services was held on April 23, 2009 at Bergeron Funeral Chapel officiated by Terry Coe and eulogy read by Shannon Taylor. Expressions of sympathy can be made to the trust fund for her three children set up at the Royal Bank in Dawson Creek for their education. The family would like to express their deepest gratitude to everyone for their support and expressions of sympathy during this difficult time. GOOD BYE SARAH YOU WILL BE GREATLY MISSED AND NEVER FORGOTTEN.
Share Your Memory of
Sarah
Upload Your Memory View All Memories
Be the first to upload a memory!