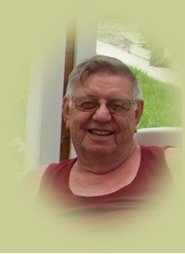 Eugenie (Jean) Catherine Naylor 1924-2009 Eugenie Catherine Naylor passed away April 23, 2009 at the Dawson Creek & District Hospital at the age of 84 years. Jean leaves to cherish her memory, children: Robyn, David (Debbie) and Stephen (Janis); grandchildren: Christoper (Colleen), Kevin, Andrew, Laurena (Dave), Brian (Stacie), Lynn (Ryan) and Amy (Chris); great-grandchildren: Kamryn, Addison, and David. She will also be lovingly remembered by her sisters Therese (Fred) and Marie; brothers: John and Bob (Eileen); nieces, nephews, and many other relatives and friends. Jean was predeceased by her husband Renton, parents, a daughter in infancy, sisters Delina and Agnes, and brother Joe. Jean was born July 13, 1924 in Hafford, Saskatchewan. She was the fourth child of John and Catherine (Oliver) Melling. When Jean was six her family moved to Makwa, Saskatchewan. The family moved back to Hafford in 1943. After this Jean moved to Regina, Saskatchewan where she worked in the hospital. Later she lived in Ruddell, Saskatchewan where she met her future husband, Renton. Before Jean moved to Vancouver Island to be married, she worked at the hospital in Lashburn, Saskatchewan. Jean and Renton were married in Courtney, British Columbia on April 7, 1947. They started out their married life homesteading in Black Creek, British Columbia. Their eldest daughter, Robyn, was born during this time. In 1951, they moved to Oyster Bay, British Columbia when Renton started working in the logging industry. Their son, David was born while they lived in Oyster Bay. The family moved to Sayward, BC in the fall of 1952. It was during this time that their two youngest children, Margaret and Stephen were born. Sadly, their daughter Margaret died at the age of ten months. Jean, Renton and family relocated to Dawson Creek, BC in March of 1957. Here Renton worked as a construction carpenter while Jean created a warm and loving home for him and their children. Jean was very involved in her church, Notre Dame, especially with the Catholic Women’s League. She was also a member of the Royal Purple. Jean did a lot of baking for both of these organizations. Often her kitchen would be overflowing with delicious homemade pies for some catered event. Jean was born into a musical family and she loved singing. Her singing was infectious and brought happiness to those around her. She enjoyed all genres of music from hymns to country. Jean enjoyed a variety of activities including reading, doing crossword puzzles, and playing scrabble and various card games. She liked watching cooking shows, old movies and Jeopardy on TV. At one time, Jean was an accomplished seamstress, knitter, bread maker, cook and enthusiastic flower grower. She and her husband, Renton, liked to travel to visit family and friends throughout BC, Alberta and Saskatchewan. Two favorite trips were going across Canada and trekking around Banff and Jasper National Parks. Jean will be remembered for the kindness and compassion when showed to others. She loved children and valued the time she could spend with her grandchildren. She lived her life with integrity and hard-work and where faith, family and friends were important. A Funeral Mass, officiated by Father Michael Anyasoro was held in memory of Jean on April 28, 2009 at the Notre Dame Roman Catholic Church, Dawson Creek, BC
Share Your Memory of
Eugenie
Upload Your Memory View All Memories
Be the first to upload a memory!