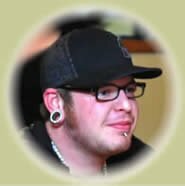 Anne Elizabeth Schilds 1912-2009 Anne Elizabeth Schilds (Newby), also known as Mom, mother, mommy, Grandma, Granny Annie, and Grandma Great, was born in Leeds England on November 17, 1912. Anne came to Canada with her family when she was 8 years old and settled just 5 miles south of Progress. She is a true Pioneer of the Peace Country having lived here for 87 years where she built a life for herself and her 10 children. Through good times and bad, Anne always put her family first and by her example, she taught them to be responsible, caring, and loving members of a very large, close family. In her 87 years in this community, Anne grew to be somewhat of a legend. It seems that everyone knew her. She attended the first school in the Old Dawson Creek town site, played basketball on the high school team, she was at the first Dawson Creek Rodeo, she helped open the Hart Hotel pub in Pouce Coupe, and she saw Dawson Creek and area grow and change; first with the arrival of the American soldiers and the building of the Alaska Highway to the City it is today. In 1965 Anne bought her own home on 95th Ave. She spent 44 years in that house, and it truly was her home. She was a store clerk for 13 years at Simpson Sears and she kept staff and customers entertained with her dry wit and stories of her children. She took opportunities to travel and went to Germany, France, Belgium, and England and Spain. She visited her daughter Barb in the Okanagan every year, but her favourite trips were the drives around South Dawson where she grew up and could still remember the names and faces of those people who were involved in her life. Her first trip away from home was to Rolla to write her provincial exams (and back in those days that was a very big deal). She got the top marks in the area on her provincial exams. Anne’s memory stayed very sharp even to the end of her days. She always said anyone can do the alphabet but can you do it backward? She could, right up to her time in the Prince George hospital just short days ago when she wowed the nurse by reciting it backwards again. She also loved to recite little poems and was always teaching her kids little jokes and poems and prayers that they remember from their child hood. As the years went by and Anne’s children started families of their own, Anne’s family grew to include 23 grandchildren, and then 44 great grandchildren and lately 3 great-great grandchildren. True to form, Grandma became a big part of their lives. She was involved in hosting birthday parties, she had special Christmas traditions with the families, she displayed all of their graduation pictures, she was one of the first visitors in the hospital when her great grandchildren were born; she liked to tease the girls that they had to bring their boyfriends around for her approval. I do not think a day went by but she had a child or grandchild or great grandchild visiting in her home. For many of those who lived away from Dawson Creek, no trip home was complete without a visit to Grandma’s house where you would be welcomed to the kitchen table for a warm beer, or a cup of tea, and a lot of laughs. Anne liked to say "it’s no disgrace to get old but it’s damn unhandy”. I am sure you would agree that growing old never stopped Anne from having fun. She went to the Co- op for breakfast every Sunday for the past 20 years, and she loved her Monday night meetings where she could catch up with all the news of her children and their families. She was always ready to go for dinner, drink a beer with her family, attend another birthday celebration, or hold another grandchild in her arms. Anne passed away peacefully, surrounded by the love of her children at the grand age of 96 years, 4 months on April 5, 2009. She has left us a legacy of love, friendship and fun. She will be sadly missed but lovingly remembered by all of her family and friends. Toodle – Loo Anne is predeceased by her parents Grace and Frederick Newby, husband Harold Schilds, son Lawrence Schilds, daughter in-laws Betty Schilds and Beth Schilds and son in-laws Duane Leffingwell, Ed Maguire, sister Nellie (Jack) Hall, brothers Ray (Helen) Newby and Fred Newby, and grandsons Daniel Schilds and Michael Reczka. She is survived by her children: Ron Schilds, Fran Schilds, Doug Schilds, Norma Leffingwell, Barb Maguire, Barrie (Lorraine) Schilds, Ted (Rosinne) Schilds, Bill (Pat) Schilds, Betty Schilds, and Pat (Jim) Inkster; 23 grandchildren, 44 great-grandchildren, three great-great-grandchildren, and sister Jessie Newby. A funeral service was held on April 9, 2009 at the South Peace United Church, officiated by Reverend Marilyn Carroll. Interment followed in the Dawson Creek City Cemetery.
Share Your Memory of
Anne
Upload Your Memory View All Memories
Be the first to upload a memory!