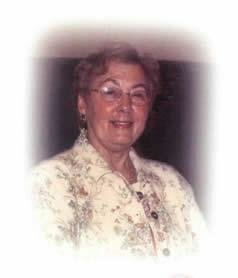 Gail Jean Olsen (nee Morin) 1949-2009 Gail Jean Morin was born in Dawson Creek on Feb 23 1949. The girl with the big smile and a mischievous attitude was the fourth child, of eleven, to parents Leo and Evelyn Morin. Gail was raised in the Progress area, started school at the Progress School, then went on to the Dawson Creek South Peace High School. Gary Olsen was hanging around the Morin farm with Gail’s brother Max, when Gail decided Gary was the man of her dreams and they were wed at the United Church August 28 1964. Gary and Gail had 2 boys, Wes and Rick. Gail went to Northern Lights College after having the 2 boys and took office administration. Over the years Gail worked at the Groundbirch Store, Slowinsky Winters Accounting, Finning and Northern Metallic. Gail then managed Northern Janitorial and Safety before going on to open Northern Safety and Welding Supply. Opening Northern Safety and Welding Supply was an especially proud moment in Gail’s life. Gail enjoyed riding. She was very fashion conscious and made lots of clothes for herself, almost all of the boy’s clothes, several wedding dresses and lots of clothes for the grandkids. Gail also wrote poems and Gary and Rick found a whole box of them when they were going through her things. Gail also decorated cakes. Several of the ladies from around the community, had Gail do their hair. She was a good cook and enjoyed entertaining and also did a lot of work on her yard and flower beds. Gail was very social and had many good friends. She was especially proud of her boys Wes and Rick and her grandchildren Jesse, Gabby, Alex, Alyson and Dustin. Family was very important to Gail and she spoke of her mom and dad and siblings a great deal. Gail passed away May 15, 2009 after an extended battle with cancer. Gail was predeceased by her Mother Evelyn, Dad Leo and brother Roy. Gail is survived by her husband Gary, sons Wes (Nicole) and Rick (Paola), grandchildren Jesse, Gabriella, Alexandra, Alyson and Dustin, siblings: Max (Marie) Morin, Shirley (Roger) McPherson, Leonard Morin, Judy (Doug) Bentley, Wayne (Elaine) Morin, Fay (Dale) Graff, Terry (Lenny) Piper, Kelly (Kathy) Morin, and Penny ( Ed) Heaton, and numerous nieces and nephews. A memorial Tea to celebrate Gail’s life was held on May 22, 2009 at the Macleod Hall, Groundbirch, British Columbia. Eulogy read by Mac Leask. Expressions of sympathy may be made in memory of Gail by way of a donation to the Canadian Kidney Foundation Suite 320-1600 West 6th Avenue, Vancouver, BC V6J 1R3 or the Canadian Diabetes Association, Box 2361, Dawson Creek, BC V1G 4T9. Arrangements were entrusted to Bergeron Funeral Services & Crematorium Ltd. Dawson Creek, British Columbia.
Share Your Memory of
Gail
Upload Your Memory View All Memories
Be the first to upload a memory!