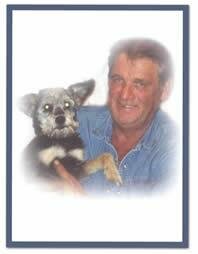 Celia Rose Knowles 1947-2009 Celia Rose Knowles (Seewee) passed away suddenly at home in Dawson Creek British Columbia on April 9th 2009 at the age of 61 years. Celia was born on April 19th 1947 in Pouce Coupe British Columbia to loving parents Stewart and Ruby Trail and youngest sibling to sisters Peggy, Terry and Carol. Celia resided in the Peace River Region her entire life eventually marrying the father of her children Dennis Knowles. Celia and Dennis had three girls of their own Diana, Terina and Katherine. Celia’s proudest moments were becoming a grandmother to four grandchildren Johnathon, Trey, Paxton and Harrison who she would always talk about and shared stories with whomever would listen. Celia was also very proud of the day she decided to go back to school in 1987 and get her G.E.D. Diploma with her sister Peggy which marked the beginning of her career with the Dawson Creek Hospital. Celia worked in dietary, housekeeping, the operating room and central sterilizing division. Celia retired after twenty years of service but continued to work as a casual employee in CSD. Celia’s passion was at the Dawson Mall where she made many close friends playing her Keno. Celia also enjoyed playing bingo and became quite savvy on a computer playing games in POGO while having conversations on MSN Messenger with her sister Carol and niece Danielle. Celia will be lovingly remembered by her daughters Diana (Jay) Hall, Terina (John) Dyck, and Katherine (Stu) DeWolfe, her grandchildren Johnathon Knowles, Trey Hall, Paxton DeWolfe and Harrison DeWolfe, her mother Ruby Trail, her sisters Peggy Rurka, Terry (Harold) Lindballe and Carol Brisson, her uncle Ted Cade, and the father of her children Dennis Knowles, along with many cousins, nieces, nephews and numerous loving friends. Celia was predeceased by her father Stewart Trail, her brother in-law Omar Brisson and aunt Bertha Cade. Services were held on Thursday April 16th 2009 at the Bergeron Funeral Chapel in Dawson Creek British Columbia, inurnment followed at Riverview Cemetery in Pouce Coupe British Columbia where Celia was laid to rest with her father. Honorary pallbearers were Jay Hall, John Dyck, Stu DeWolfe, Stewart Rurka, Darryl Rurka, Arthur Brisson and Tom Lindballe. Thank you goes out to everyone who gave condolences in Celia’s memory. Expressions of sympathy can be made in Celia’s name to the Heart and Stroke Foundation P.O. Box 714, Dawson Creek, British Columbia, V1G 4H7. Celia will be dearly missed by her loving family and friends. Celia may have been small in stature but was truly larger than life! A Memorial Service was held on April 16, 2009 at the Bergeron Funeral Chapel, officiated by Peggy Bergeron. Inurnment followed in the Riverview Cemetery, Pouce Coupe, British Columbia.
Share Your Memory of
Celia
Upload Your Memory View All Memories
Be the first to upload a memory!