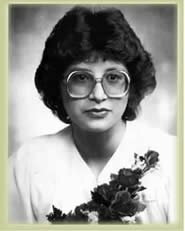 Robert Karl Albert Geist "Albert" 1919-2009 Robert Karl Albert Geist, known as Albert was born in Unterheimbach, Germany on June 24th, 1919 to Paulina and Robert Geist. He passed away on April 6th, 2009 in Pouce Coupe at the age of 89 years. Albert was the oldest of 4 boys and grew up on the family farm. He attended school in Unterheimbach for 7 years. It was expensive to send children to high school and this was not possible for Albert so he was finished his formal education at the age of 13. Albert worked for a farmer and a blacksmith in his village. When he was 15 years old he started working for a shoe factory, cutting leather. He continued to work in this factory for 14 years and became a top leather cutter. Albert was a soldier in World War II. He trained as a flight engineer and worked on mechanical safety for fighter plans. He was able to fly the aircraft if necessary but this was never required. He fought in ground battle in Belgium and was wounded. He returned home to the family farm in 1945. Albert shared a few stories of the war with his family but there are many unmentioned events in Albert’s life. Albert took a great interest in the land, especially a small orchard his family owned. He attended agricultural school at night to gain more knowledge. He tried for many years to grow apples on his farm in Canada but the weather just didn’t cooperate. Albert’s brother, Paul still owns the family orchard. Albert met his future wife, Herta on a blind date. They were married on April 7th, 1951. This union lasted 58 years almost to the day and included 3 sons and a daughter. Albert wanted to own his own farm. Obtaining information through the church he learned that there was rich farm land in Canada and decided to pursue his dream. In April 1952, with his young family, they boarded a ship for a 14 day journey to Canada. They first arrived in Quebec, took a train to Edmonton and then another train to Dawson Creek. Albert worked for local farmers until 1953 and then took a job with the sawmill. He purchased his own farm in1956, this is the land they still own. On his farm, Albert raised pigs, grew vegetables, produced grain and built up a 5000 chicken farm. This was hard work and long hours but Albert was determined to be successful in Canada. He continued to work his farm for the next 40 years. Albert enjoyed his family and would share stories and advice with them all. He also enjoyed his garden, farm, dogs and having coffee with friends at the Co-op. In 1997, Albert and Herta made a trip back to Germany. He was able to visit with friends he hadn’t had contact with since 1952 and commented on how the country had changed. Albert referred to Germany daily, so although he lived in Canada for 57 years – part of his heart remained in his homeland. Albert was pre-deceased by his parents – Paulina and Robert Geist and brother Ernst. Albert is survived by his loving wife Herta, children – Walter (Pat) Geist, Hilda (Ron) Burbee, Werner Geist, Paul (Faye) Geist, grandchildren – Alana (Dan) Hiebert, Kevin Geist (Verena), Curtis Burbee (Chelsey), Nadine (Rajan) Sharma, Erin Geist & Stacey Geist, Great Grandchildren – Cale, Ryan & Hayes Hiebert, Brothers – Gustav (Lisa) Geist and Paul Geist, Sister In Law – Adine Rapp and many nieces, nephews & cousins in Germany. A family memorial service was held on April 13th, 2009 at Bergeron’s Funeral Chapel -followed by a celebration of life tea. Expressions of sympathy may be made in memory of Albert to the ‘British Columbia Heart & Stroke Foundation’.
Share Your Memory of
Robert
Upload Your Memory View All Memories
Be the first to upload a memory!