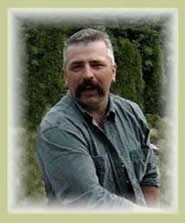 Jessie Lillian (Packwood) Newby February 19, 1912 – April 14, 2009 Jessie Lillian was born to George Walter Packwood and Claudia Cecilia Hess on February 19, 1912 in Kamloops, British Columbia. She was the first of her family born on this side of the border and was always very proud to be Canadian. In 1917, when Jessie was five, the family moved to homestead near Ensleigh, Alberta. After a brief stint in Calgary, they landed in Vulcan and finally settling in the Peace Country. In 1933, after a short and disastrous stint trying her hand as a camp-cook, Jessie accepted a job at Harper’s Department Store. From then on, she spent the rest of her life as an active and contributing citizen of Dawson Creek. Jessie married Fredrick William Newby on July 28, 1937 at Dawson’s First United Church. Jessie and Fred curled, played tennis, golf, bridge and other card games; hunted and fished. They enjoyed travelling, usually by car, but once flying as far away as Hawaii. Jessie was an honorary member of the Dawson Creek Ladies Curling Club and life member of the Golf and Country Club. At various times she was golf and bridge champion for Northern British Columbia and a founding member of the United Church where she loved the singing and social activities. Jessie gave birth to two children: daughter Kathryn, and son Brian. Jessie took to motherhood like a duck to water, teaching her children the essentials of life: how to play cards, make a proper cup of tea and pour a proper drink if the sun was over the yard-arm, and how to have fun! When both kids were teenagers, Fred and Jess purchased a recreational lot at Moberly Lake where they spent many enjoyable weekends. In later years, as Kathy and Brian in turn married and started families of their own, Jess and Fred enjoyed spending much of their time with grandchildren, great-grandchildren, and any other strays that showed up. Jess never turned anyone away and was in many ways a surrogate mom and grandma to many extended family and friends. Jessie Lillian Packwood Newby died peacefully April 14, 2009 at the age of 97 years, with her son and daughter by her side. Jessie was predeceased by her husband Frederick Newby, sister Vera Kruse and brothers George, Bill and Jack Packwood. She is survived by daughter Kathryn (Don) Stubbs and Brian (Lorraine) Newby, grandchildren: Paul (Juanita) Stubbs, Douglas (Linda) Stubbs, Petra (Kim) Rowell, Jennifer (Emery) Van Patten, Alanna (Darryl) St Jean, Lisa (Mark) Brumm, Suzanne (Gordon) Currie, Sharon (Shawn) Norris, Carson (Kirsten) Newby and Curtis (Cindy) Newby, great-grandmother to Kyla and Chase Stubbs, Chris, Patrick and Jason Stubbs, Michael and Thomas Rowell, Myles, James, Troy Van Patten, Payton St Jean, Makayla and Kelsey Brumm, Alysha, Alyssa and David Currie, Ashley, Tyler, Sara and Casey Norris, Sydney and Nikolas Newby and Carey Newby. A funeral service was held on April 20, 2009 at 2:00 pm at the South Peace United Church, Dawson Creek, British Columbia, officiated by Reverend Marilyn Carroll. Interment followed in the Dawson Creek City Cemetery.
Share Your Memory of
Jessie
Upload Your Memory View All Memories
Be the first to upload a memory!