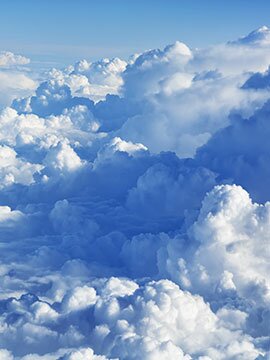 Lloyd Lefebvre - 1928-2209 Ted was born Lloyd Antoine Lefebvre on July 30th, 1928, the first of nine children born to Antoinette and Harry Lefebvre in Saskatoon, Saskatchewan. Lloyd – nicknamed and remembered as Ted, was a man full of life. A determine, self-reliant and independent individual who enjoyed the land, his farm and the wide open spaces. As the oldest child in a large farming family, he learned at a young age, how to work and contribute to the welfare of the family. Growing up during the harshness of the depression in Barthel, Saskatchewan, meant that everyone pitched in and did their share. Back then farming wasn’t a state-of-the-art machinery with enclosed and air conditioned cabs. Farming then was hard, physical labour. Working alongside his father and uncles meant plowing and hauling with a team of horses, cutting crops with the binder, thrashing with an old thrashing machine. Hard work indeed! But Ted loved it – and even after he left Saskatchewan he always came back in the fall to help with the harvest. Ted moved to Bonanza Alberta in 1960 after homesteading the land for a couple of years. His neighbours were his family – brothers Charlie, Leo , Gerry and Ray, and Uncle Rene along with their families, all farmed in the same area. In 1955, Ted met the love of his life – Edith Campbell. Together they built a home and enjoyed a simple, uncomplicated life. They farmed, raised cattle and horses and planted a large garden. One of his greatest joys came from raising, grooming and riding the many horses he had throughout his life. Ted and Edith never had children of their own however their farm was always a place where a niece or nephew could be found. Ted was patient and kind – especially with children. Family gatherings were the highlight of Ted’s life. Pot luck suppers, country dances, numerous family weddings, harvest time and everyone laughing, telling stories, singing and enjoying each other’s company were things Ted enjoyed. Ted may have lost his battle but it was after a long, labourous journey. He passed away on April 10, 2009 at 80 years of age. Ted is predeceased by his parents Antoinette and Harry Lefebvre and sister Beatrice Lefebvre. He is survived by his siblings: Agnes Conlin, Charlie (Agnes) Lefebvre, Edgar (Lillian) Lefebvre, Leo (Joanne) Lefebvre, Ray (Jeanne) Lefebvre, Jeannette (Murray) Smith, and Glenna Lefebvre and numerous nieces and nephews. A Memorial service was held on April 18, 2009 at the Notre Dame Roman Catholic Church, Dawson Creek, British Columbia. Officiated by Father Michael Anyasoro. Inurnment followed in the Dawson Creek City Cemetery. Expressions of sympathy may be made in memory of Ted by way of a donation to the British Columbia Heart & Stroke Foundation Box 714, Dawson Creek, BC V1G 4H7 or the Dawson Creek & District Hospital Foundation 11100-13 Street, Dawson Creek, BC V1G 3W8. Memorial arrangements were entrusted to Bergeron Funeral Services & Crematorium Ltd. Dawson Creek, British Columbia.
Share Your Memory of
Lloyd
Upload Your Memory View All Memories
Be the first to upload a memory!