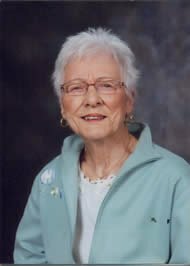 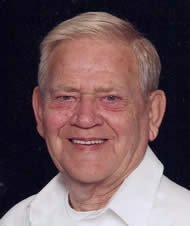 Rosalind Schmidt, a lifelong resident of Dawson Creek, BC, passed away suddenly on Friday, December 20, 2019, at Arras, BC, at the age of 67 years.

Rosalind Elfrieda Schmidt was born on October 18, 1952 in Dawson Creek. She was the first born child of German immigrant parents; Philipp and Gertrud Schmidt. They lived in East Pine where her father worked at a lumber mill camp, her mother was the cook, and one of Rosalind’s jobs was to see that there was enough food for everyone to eat. Rosalind was joined by her brother Fred, in 1954 and sister Rita, in 1956.

In 1959, the family moved to Dawson Creek into a house that their father had built. A little later, two more brothers were added to the family; Richard in 1963 and Erich in 1965. Rosalind would be in charge of looking after Fred and Rita at a young age of 12 while her parents took Richard and Erich to camp with them. While the family grew, her father started a farm out in Groundbirch. The whole family cleared the land right from scratch by root and rock picking as they walked alongside the wagon, so that the land could be used for farming. They farmed crops of wheat, barley and oats for several years before adding cattle into the picture.

She started her schooling in 1959 and to many of her friends she became well known as Rosie. She went through her elementary years at Parkhill School, then she went to secondary school at Frank Ross and she finished grade 12 at South Peace Secondary School.

Also in her younger years, she had many fond memories of family outings such as blueberry picking and home canning. She enjoyed skating with her siblings at the rink by Parkhill School and they spent a lot of their time there throughout the winter months. During her teenage years she worked for Mrs. Ella Day in her daycare which was located in the basement of St. Paul’s Church. In the summer months when she was in secondary school, she went to the Okanagan to pick fruit with some friends.

After graduating from high school in the early 70s, she went to Vancouver to further her education in teaching and accounting. She was offered a job at a School for the Blind where she worked for a few years. Later she worked as a bookkeeper for a Husqvarna power saw dealer.

After spending 13 years in Vancouver she decided to relocate back to Dawson Creek. Here she worked for a telephone answering service and as a bookkeeper for different stores before going to work for the Regional District for many years. She continued to help out with duties that needed to be done on the family farm including: branding cattle, peeling fence posts, plucking chickens, gardening, and berry picking. Her last job was working at Bills News for 10 years until her retirement.

Rosie loved to travel and took many trips over the years. Some of her trips took her to Germany to visit with relatives. First she travelled with her Dad, then with her Mother and her brothers; Richard and Erich. She liked to keep in touch with her relatives especially her Tante Ilse, who is her Mother’s youngest sister. Her last trip to Europe was for her niece, Rebecca’s wedding in Poland. It was on this trip that she was able to see some Historical places such as Auschwitz and the birthplace of both her parents which she very much looked forward to. Rosie also took a few tours with Nagel Tours and the last one being an excursion up the BC Coast to Alaska. Rosie and her Mom took a tour bus to go and visit with her Mom’s friend in Saskatchewan, this was her furthest trip east in Canada.

Over the years, Rosie took in a few foster daughters who needed a home. Her last foster child, Samantha, stayed with Rosie for four years. Samantha is very grateful for what Rosie did for her over the years. She says that Rosie helped save her life. She encouraged these foster daughters to help support and adopt orphans in Africa by paying monthly allowances.

Rosie was very passionate about the right for life. This was evident through her involvement with the Peace for Life Society and the Life Chain that is held at the beginning of every October. She recently attended every day of the forty days of prayer for the Walk for Life. She was there at 7:00AM every morning, no matter the weather, for two hours. She helped give moral support to many people and because of her strong convictions they called her an angel for being there every day no matter what.

Rosie had a helpful personality and she was always trying to give a helping hand to her friends and relatives. Rosie could be very determined to do things her own way. Rosie was very religious and she attended church pretty much every Sunday, and she frequently enjoyed listening to Gospel music. Most mornings she would have her bible open to read passages. She filled all the positions with the LWML for many years as well as helping with the alter guild, vacation bible school, Sunday school, and in her later years she helped the seniors get to appointments, played scrabble with them, and kept them informed on current events through visits.

Gardening was always something that Rosie had a strong passion for and planting her garden each year brought her a lot of joy. Rosie did a lot of work with D.C. Community Gardens and Trailside Gardens for Seniors, organizing a lot of their events. Besides looking after her own garden, she always tried to help with weeding for the other garden plots. Other hobbies that Rosie enjoyed were knitting, crocheting and sewing. She created many beautiful and functional things. Rosie was a wealth of knowledge when it came to researching and discussing her family history. You could easily have hour long conversations with her about it too. She spent a lot of time working on Sudoku puzzles to keep her mind sharp.

Rosie enjoyed all her visits with relatives, especially travelling to Grande Prairie to visit with her family there. She went to many of the German Club’s meetings and activities. She also loved visiting with her beloved aunt, Tante Monica. She went to as many celebrations with her cousins: Evelyn and Ingo, and the Helmrich family, and Sylvia and Alwin and their children, that she could fit in.

Her nieces and nephews called her Tante Rosie which made her feel happy. Rosie was always fond of her nieces and nephews. She enjoyed spending time with her great nephews and nieces and they loved her in return. Rosie tried to show up for as many birthdays and activities of theirs as she could.

Rosie was  predeceased by her parents; Philipp and Gertrud Schmidt.

A funeral service was held on Friday, January 3, 2020 at 11:00 AM at St. Paul’s Lutheran Church, Dawson Creek, BC. Pastor Chris McLean officiated. Rosie was laid to rest next to her mother, in Mountainview Cemetery, Groundbirch, BC.

For Friends so wishing, donations may be made in memory of Rosie to the Peace for Life Society, PO Box 2463, Dawson Creek, BC, V1G 4T9 or to the Lutheran Women’s Missionary League – Canada, 3074 Portage Avenue, Winnipeg, MB, R3K 0Y2.

Share Your Memory of
Rosalind
Upload Your Memory View All Memories
Be the first to upload a memory!
Share A Memory
Send Flowers