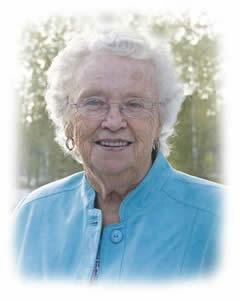 It is with heavy hearts that we announce the passing of James (Jim) Albright a long time resident of Dawson Creek, BC. Jim passed away with his family by his side, on Wednesday, December 18, 2019 in Dawson Creek at the age of 72 years.

Jim was born in Pouce Coupe on January 8, 1947 to Russel and Minnie Albright. Raised on the farm in Doe River, Jim was a busy kid, he played sports and worked on the farm. He stayed busy and active his whole life; physical condition was always important. He wore out many exercise bikes, in camp, he was seen daily going for walks and runs, still in his cowboy boots. He walked all over Dawson right up until he became too ill to continue. As a boy on the farm he loved cattle and horses. Jim would ask his big sister, Marion, to take him checking cows. He would try to wrestle the steering wheel away from her even though he was too short to see over the dash. Jim had horses most of his life, even when he lived in town. His favorite was Trigger. Everyone else hated this horse, but for Jim Trigger was special. Trigger was a regular sight around the country in the back of Jim’s pick up, no stock racks, Trigger would jump in the back on command. He stayed put even if Jim stopped for a drink at the bar on the way home. Jim loved the farm he told me how happy he was when we were able to buy back first his dads home quarter then his grandfathers. The farm remains in the family, next year will be 100 years since Grandpa John Albright settle in Doe River.

Jim married Donna Gunther October 28, 1967. Jim was the trucker, but Donna kept things running. She cared for the children, kept the books, and helped make business decisions. She made sure Jim had everything he needed to stay on the road. Jim was successful but he could not have done it without Donna. Clint was born on May 24, 1969 and Kelly followed on June 30,1972, completing the family. Kelly and Clint said they spent a lot of their youth staying in holiday trailers in gravel pits along the Alaska Highway during road construction season.

Jim’s first job was for Loiselle transport; older brother Jack called and said there was a job driving available, Jim didn’t have a license for the first three months, but he never looked back, spending the rest of his working life around trucks. Trucks and trucking were one of Jim’s passions in life. He drove for a number of companies early in life. He survived a horrific accident early in his career driving for Remple; he ended up in an overturned truck in a ditch hauling fuel near Bear lake nearly drowning, thank god there was no spark. Most of his life Jim owned and drove his own trucks. This suited Jim’s independence and strong work ethic. He was never satisfied unless he had trucks working. Jim still has 4 trucks, one truck still working for Clay Bassett.

For several years Jim and Donna owned and operated their own logging company. This was a good time, hard work and long hours, but it was a family operation, son Clint, nephews; Bill, Des and Glyn were all employed. Bill Evans came out of retirement for a week loading logs when one of the loader man needed some time off. We logged from one end of Alberta to the other side, staying in camps and hotels all over. We were a tight knit group.

Jim’s other passion was family. Like a lot of dads Jim worked hard to feed and care for his family. His work kept him on the road and away from home sometimes for weeks at a time. Jim, like many parents, missed out on parts his children’s upbringing, he sacrificed, he made sure his family was well provided for and were able to skate, play basketball, and enjoy a good home. When Clint took up racing, Jim partnered with Clint, building and racing cars. Like many things Clint and Jim did, they went all in.

Jim took special joy in his grandchildren. He managed to seek out time for them even as he kept busy work schedule into his 70s. He followed Hayden’s BMX racing, Danika’s skating, and Dryden’s karate tournaments. They brought joy to his life as only grandkids can.

Throughout his life Jim looked up to his older brothers, working with all of them over the years building highway, hauling logs, oil, whatever opportunity presented. This common interest pulled the brothers together. Over the years he also hauled with his nephews and great nephews on the Cornish side. Jim loved his sisters, visiting Marion at the farm, stopping to see Lillian when she was ill in her final years, calling Clara and her husband Art whenever possible and visiting them in Watson Lake every spring.

Jim grew up in a home where the door was always open, family and friends alike welcome. A neighbor stopping in for coffee was always invited to the supper table. When a family member or friend needed help Russel and Minnie did their best. Jim and Donna lived up to this legacy in his life. Jim had a big heart. helping fellow truckers get trucks running, calling a friend when there was an opening job for another truck, treating his drivers well.

Jim and Donna opened their door to many, and they will never know how they impacted the lives of those they had welcomed.

A Memorial service was held on Monday, December 23, 2019 at 1:00 PM from Reynars Chapel, Pauline Haycock officiated. Interment will be at a later date.

For friends so wishing donations may be made in memory of Jim to the Doe River Recreation Commission, RR2 Site 6 Comp 16 Dawson Creek, BC V1G 4E8.

Share Your Memory of
Jim
Upload Your Memory View All Memories
Be the first to upload a memory!
Share A Memory
Send Flowers